“Subsurface is one of half dozen ideas I had specifically for LIGHTBOX. It began as a sketch on a newsprint pad, then as an 18″ x 12″ ink and watercolor illustration. I love mural art and street art, and I wanted to create a mural that was inspired by street art for Champaign.  Subsurface belongs to one of my worlds and themes, The City of lost Animals, which I spoke about during my last Pechakucha Night.  I was intrigued by the idea of one’s life spent on an inordinate amount of time underground, commuting to work, and the idea that there’s an entire world with its wheels turning below the surface 24/7.  Many lifeforms do exactly that, and I saw the parallel between the subterranean lifeforms and underground commuters.  Some of the animal characters in the piece are composites of the weary commuters and “subway musicians” that I have witnessed while growing up in NYC. Others are somewhat autobiographical although I prefer not say which. My wish for the piece is for the passersby, commuting to and from work, will see the mural and smile.”

A small-scale study of the illustration can be viewed here:
http://steampunkgrub.art/subsurface
LIGHTBOX is a collaboration between 40 North and Weiskamp Screen Printing that rotates site-specific installation art in Weiskamp's highly visible retail window space facing Neil Street in Champaign, IL. 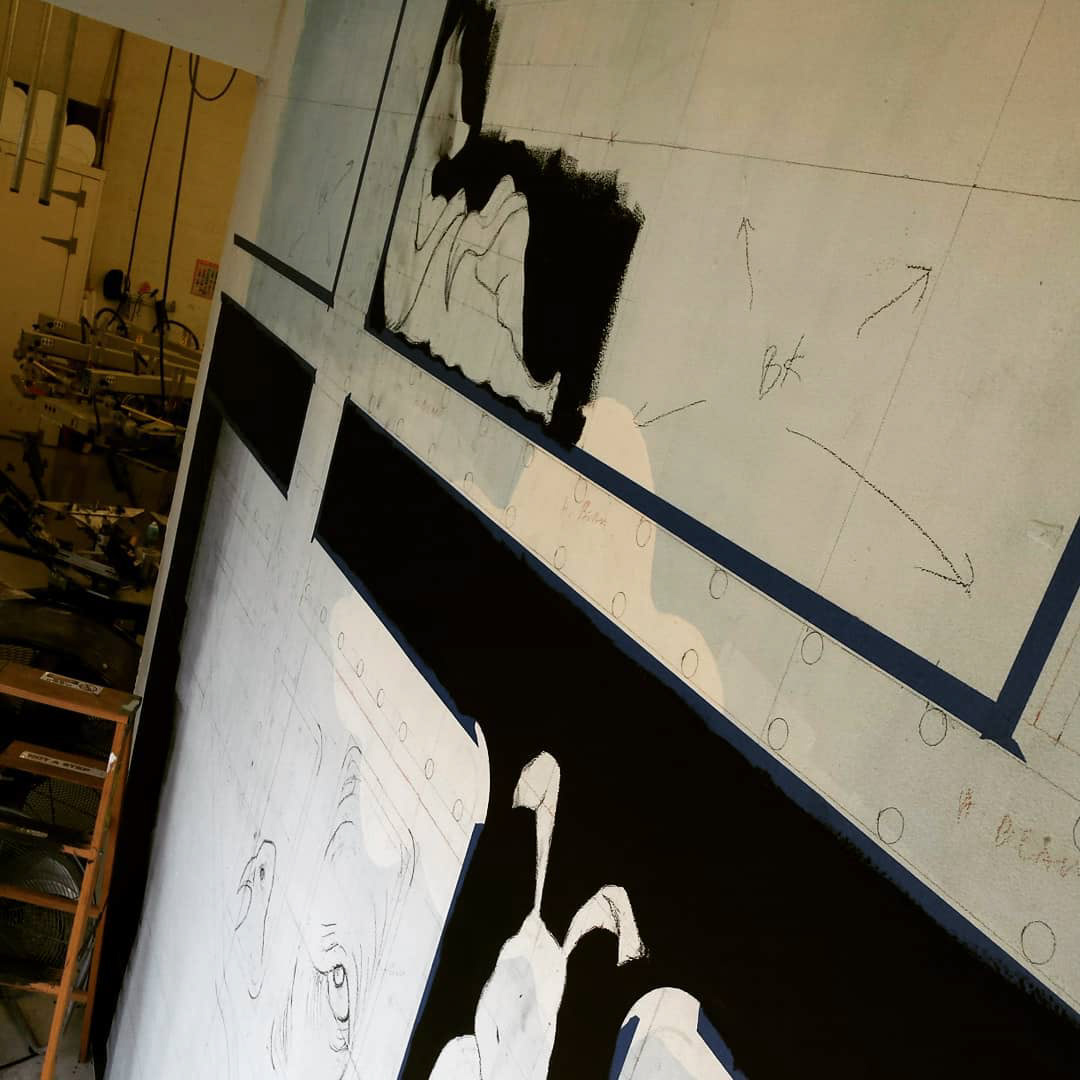 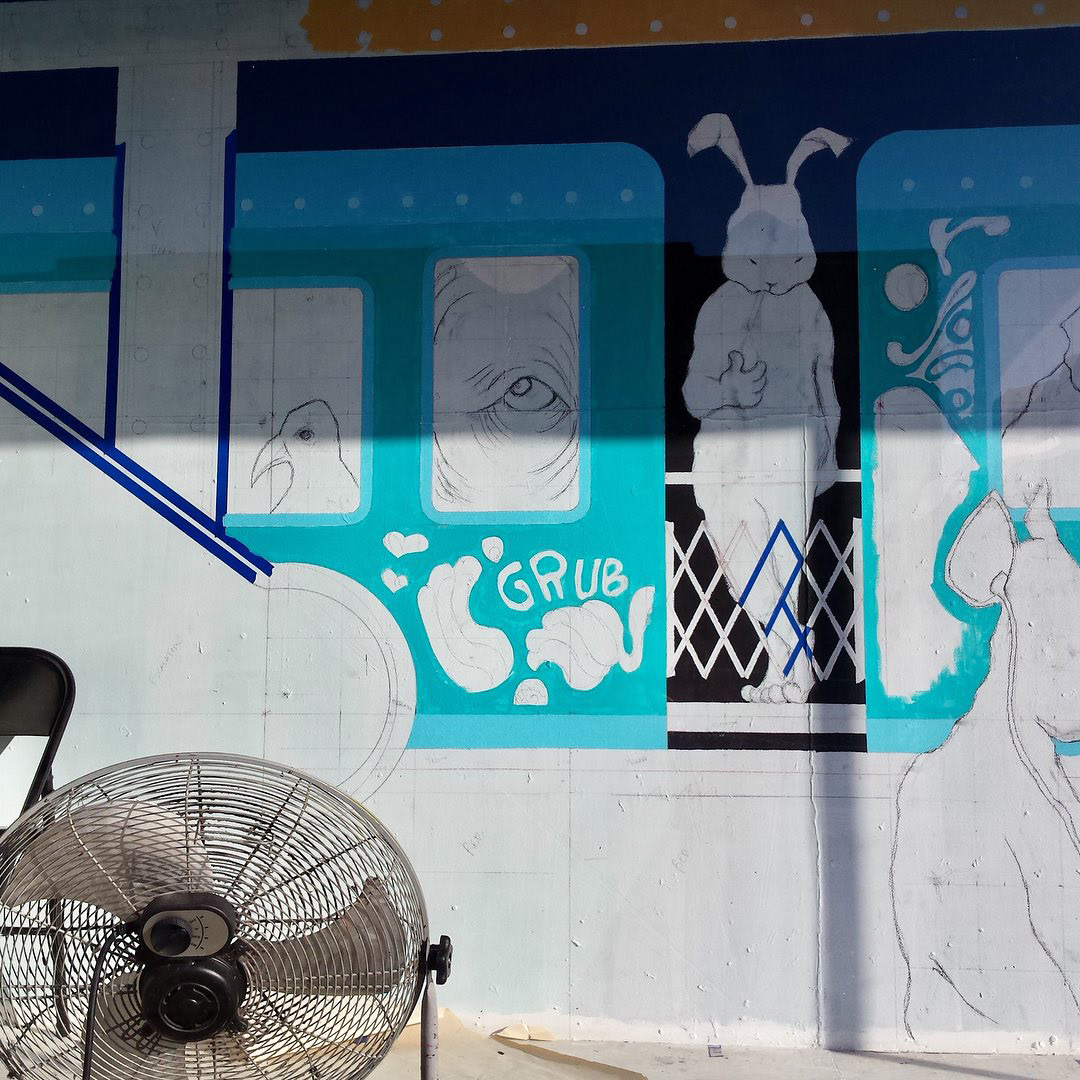 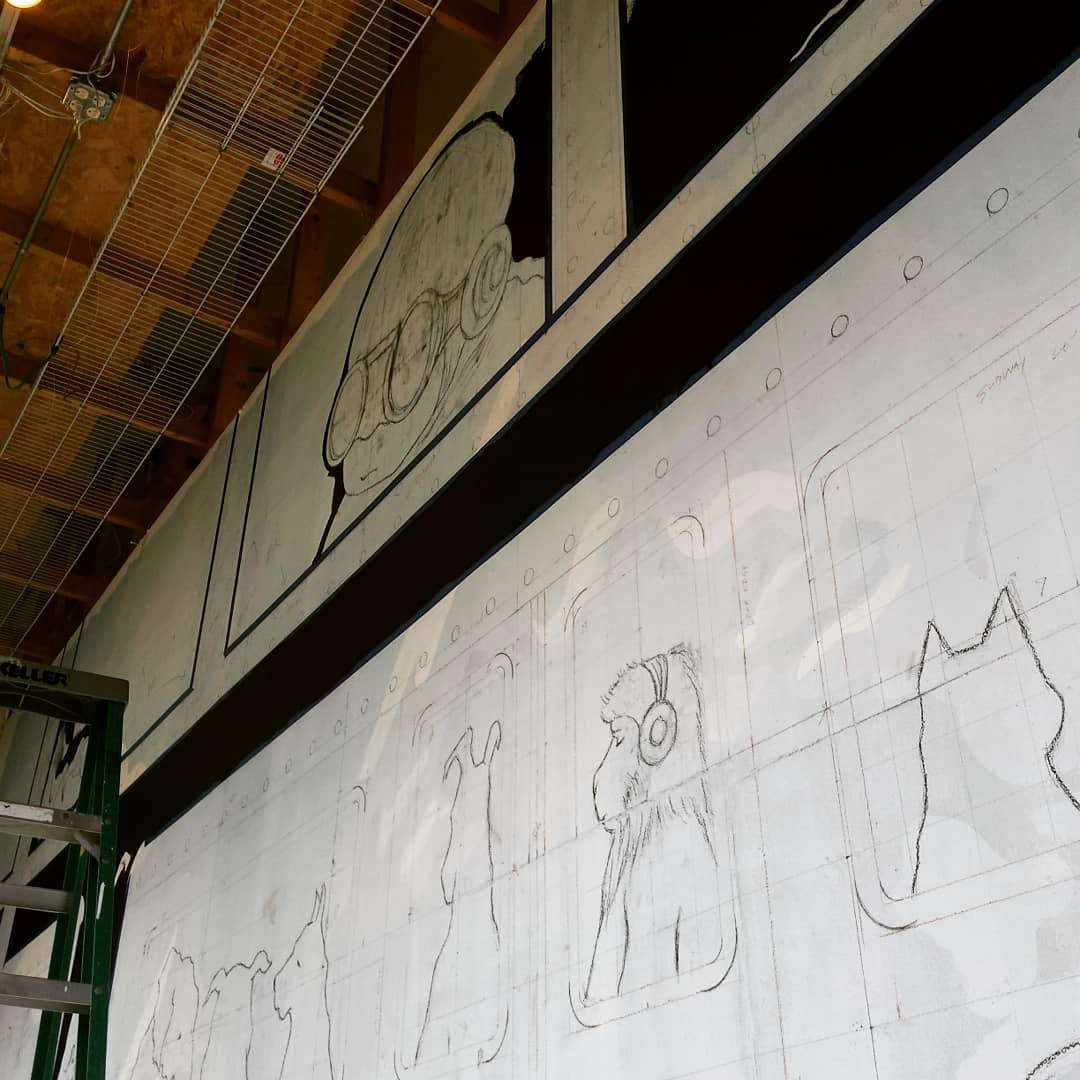 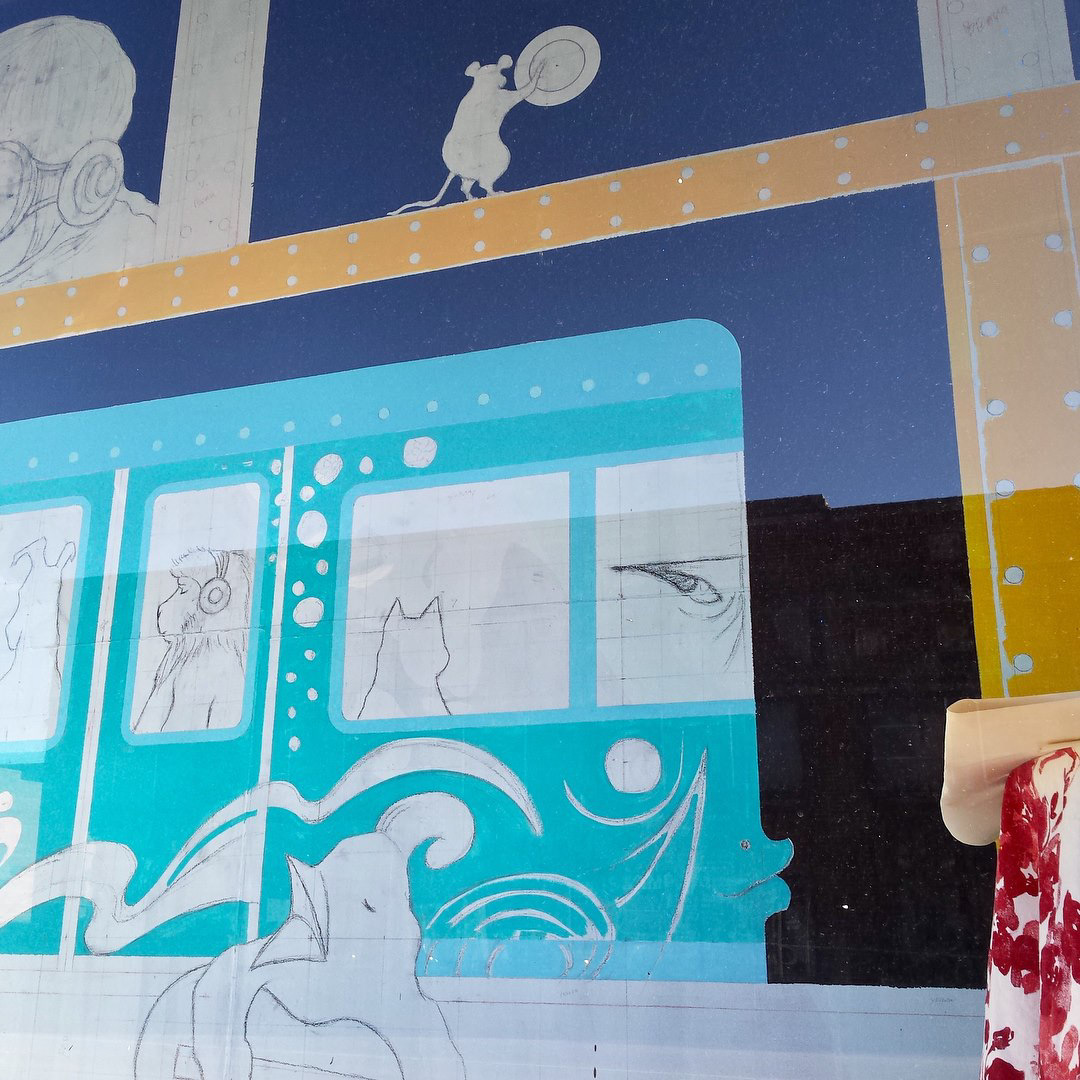 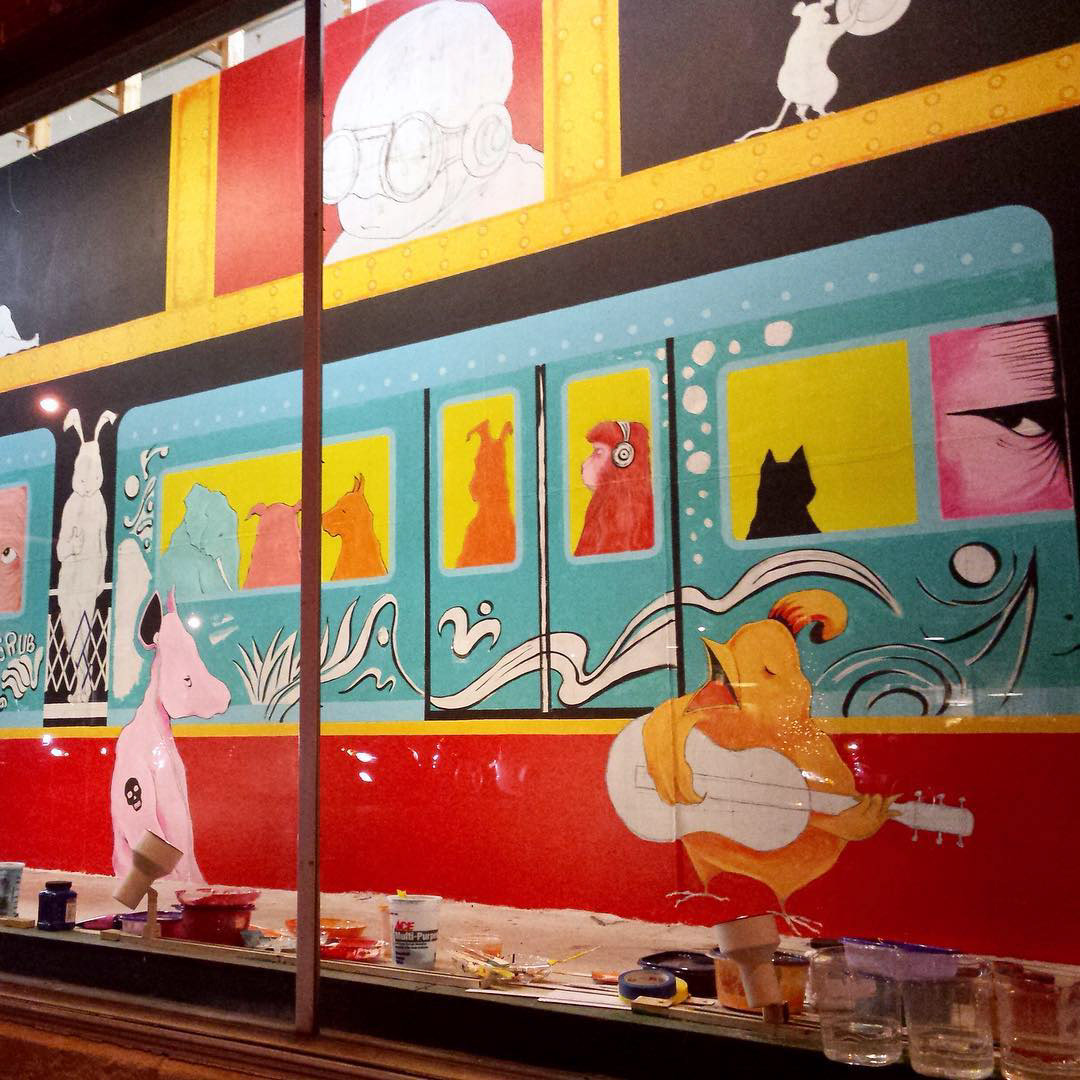 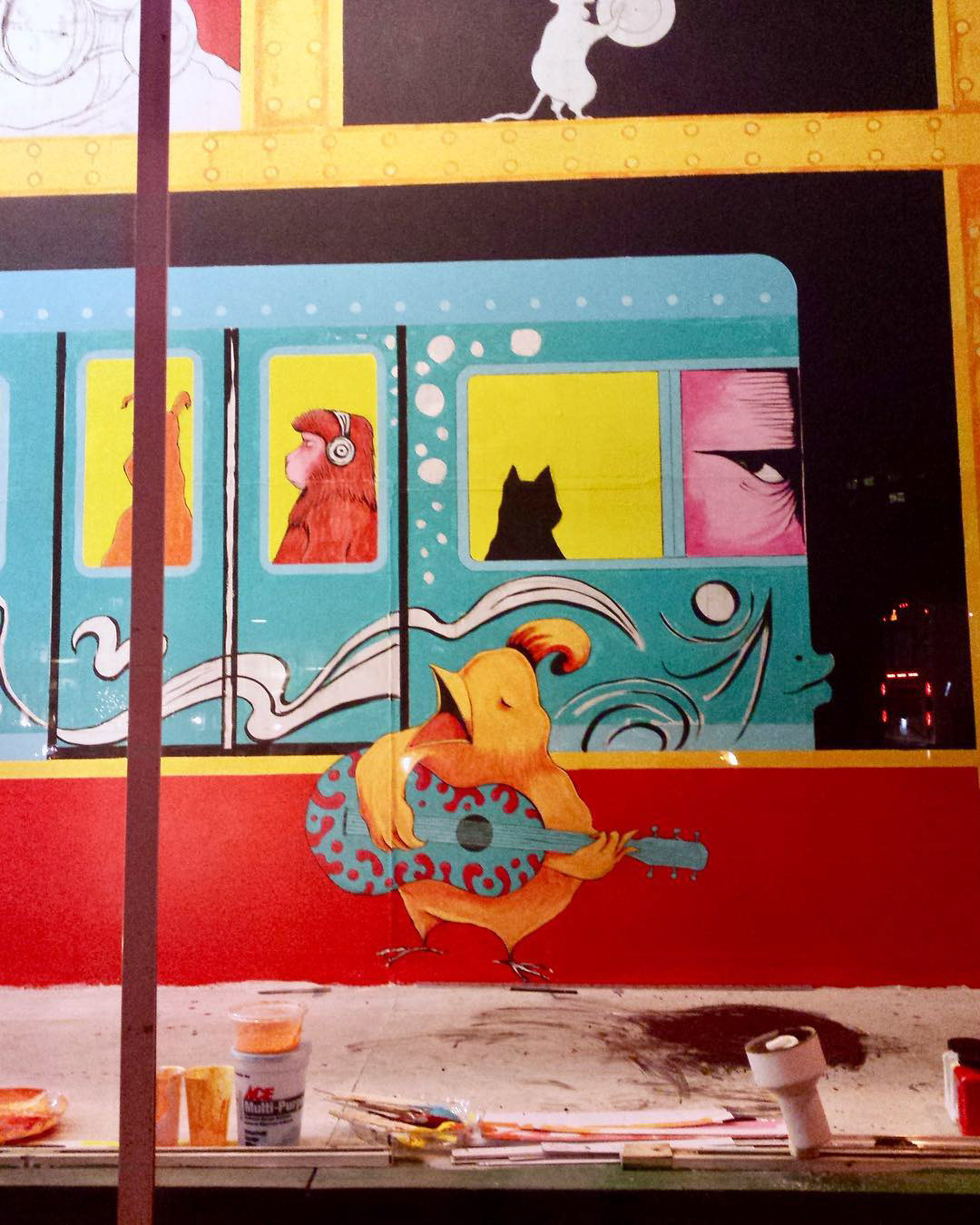 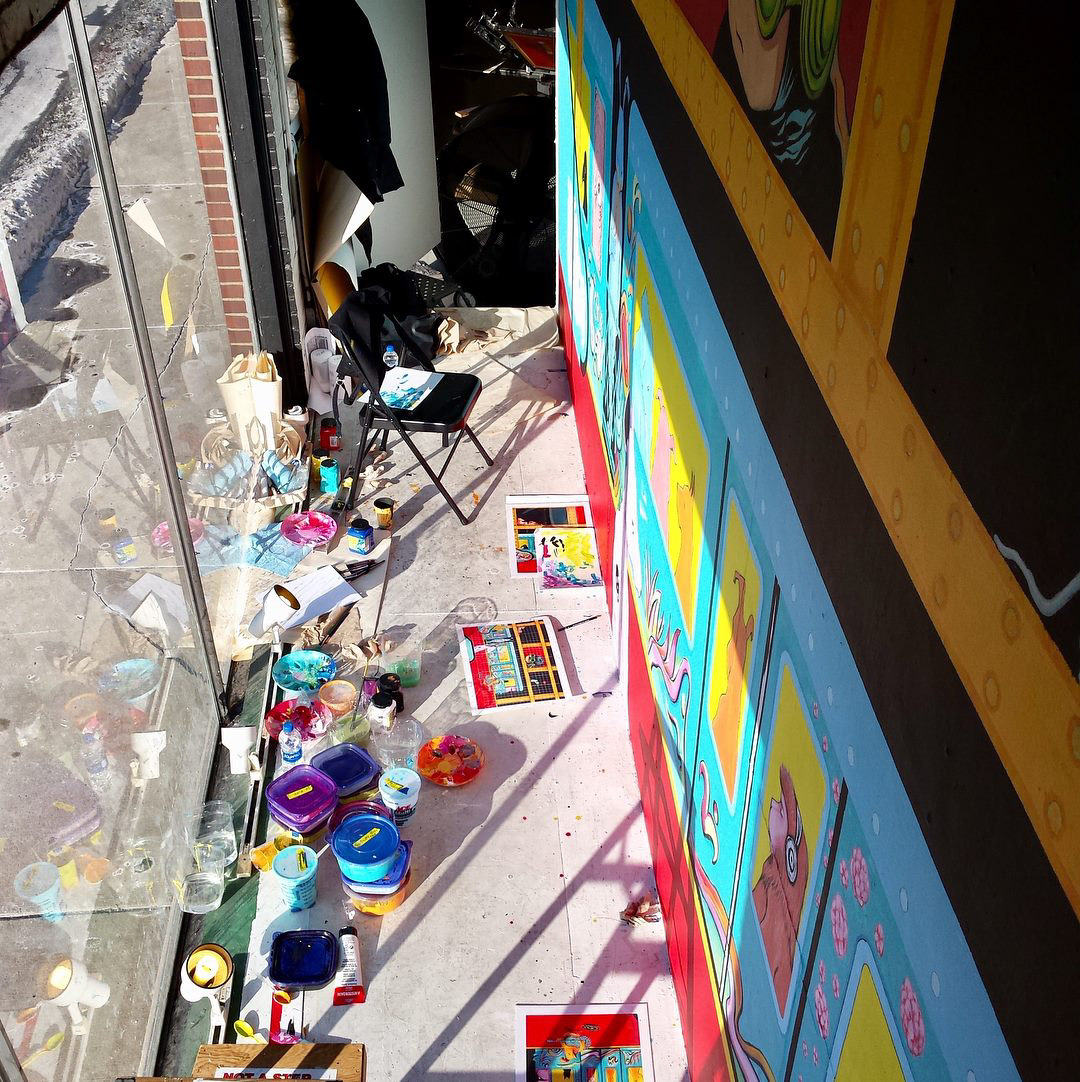 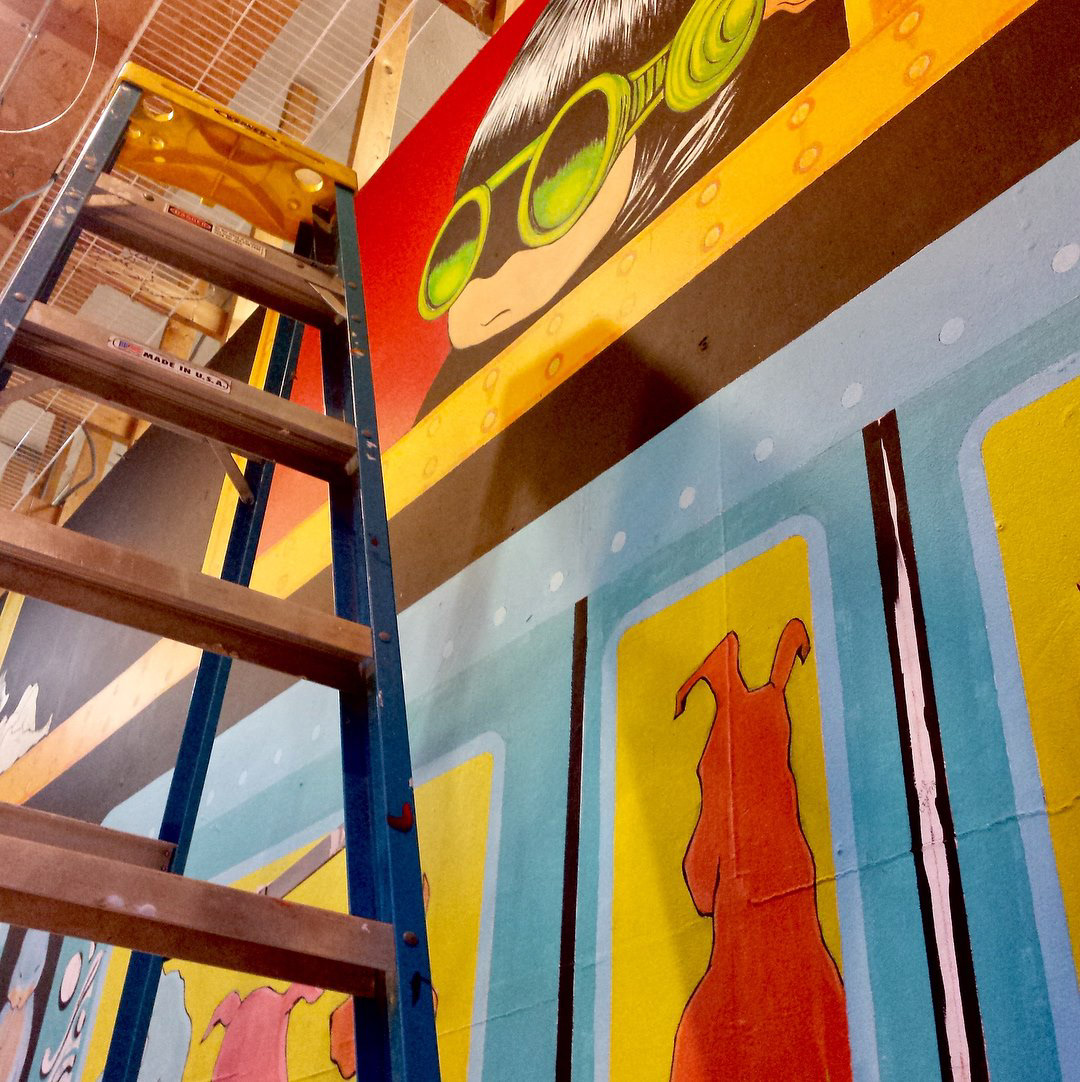 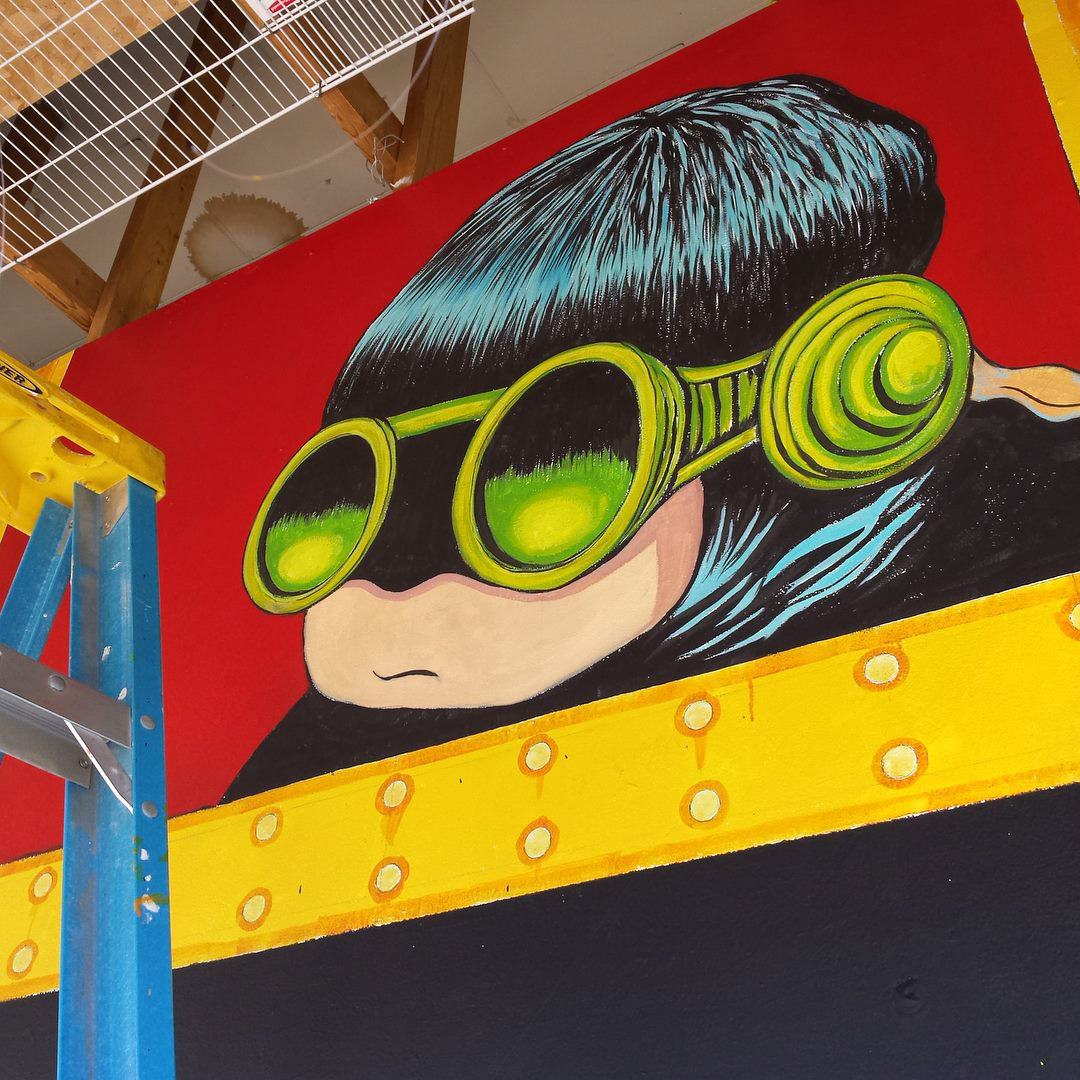 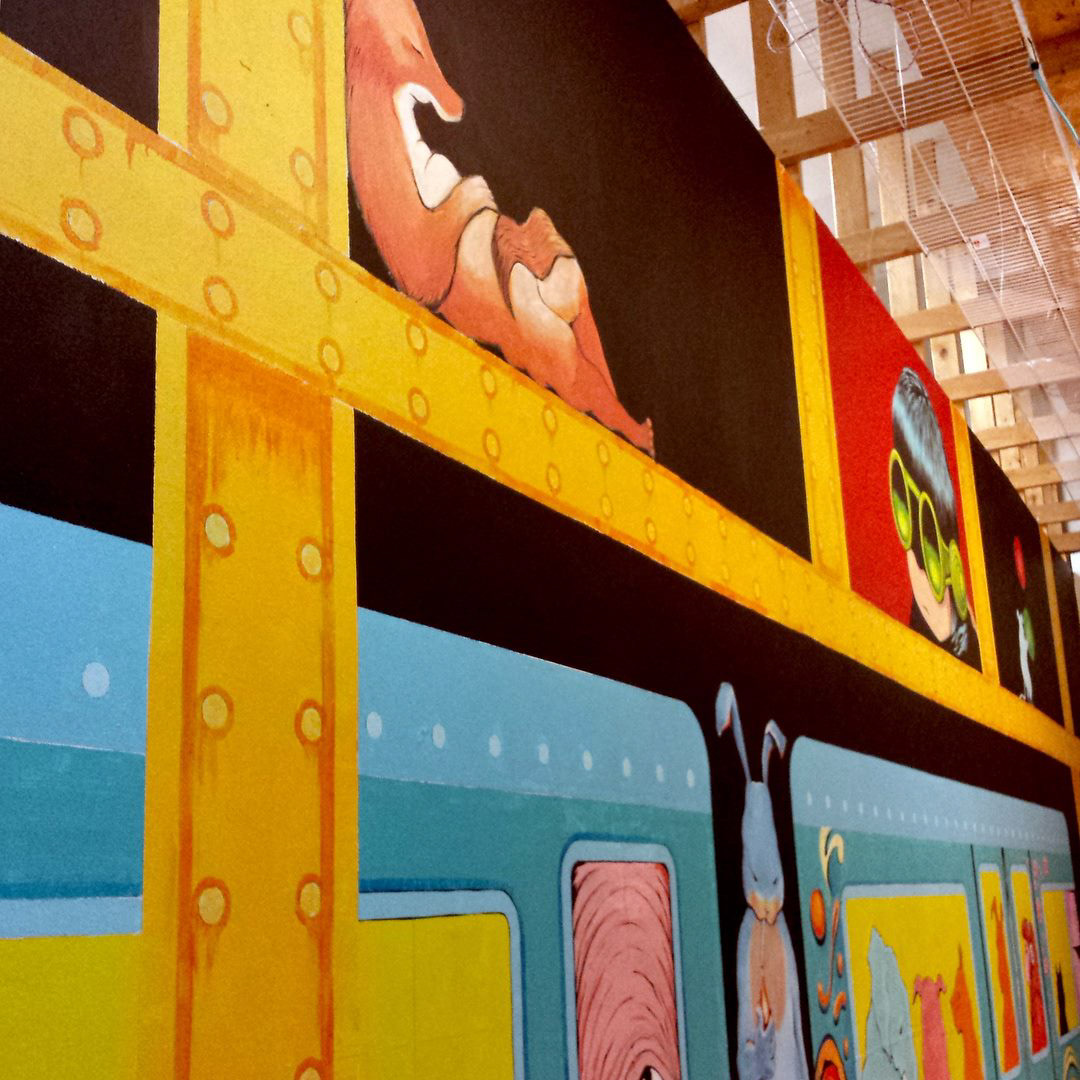 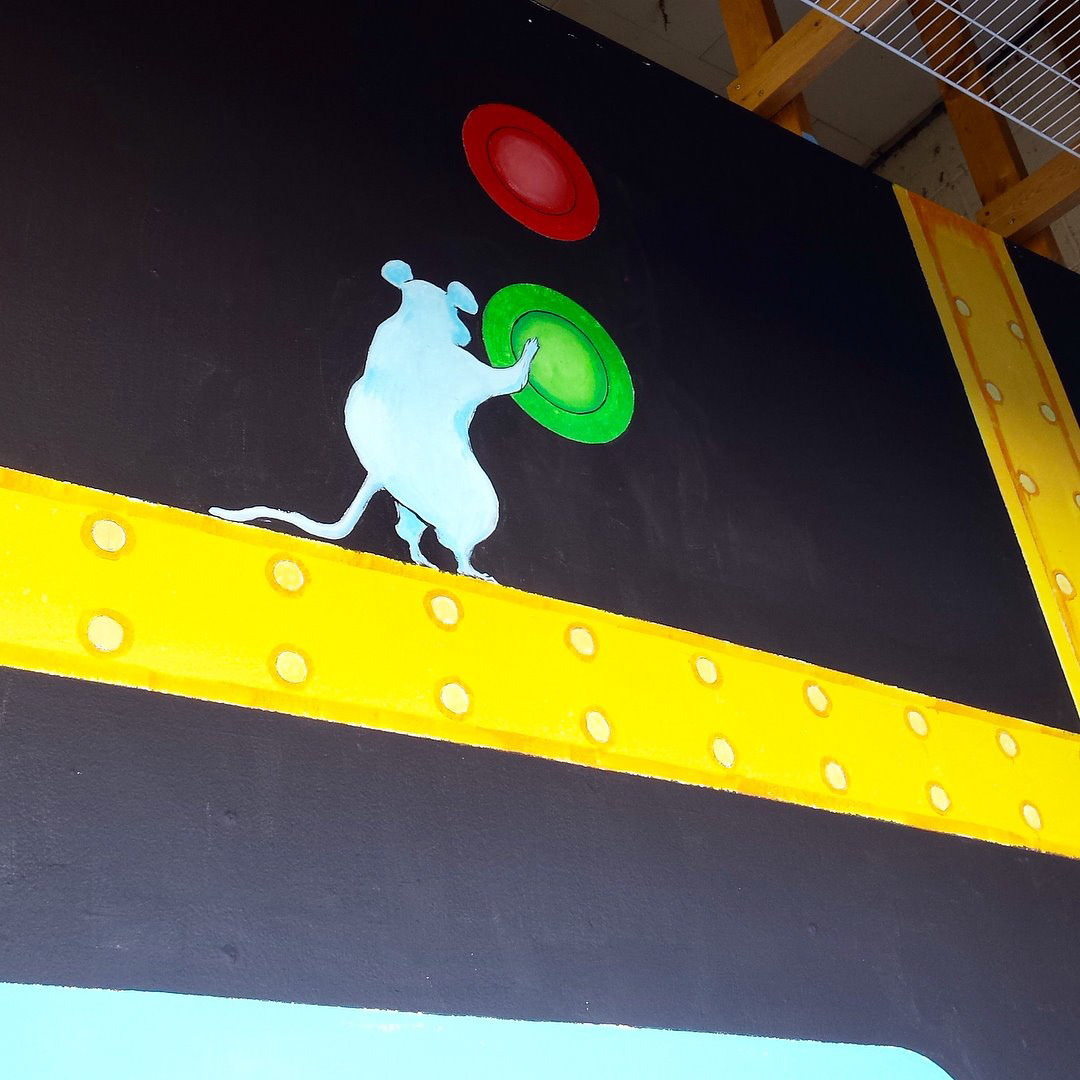 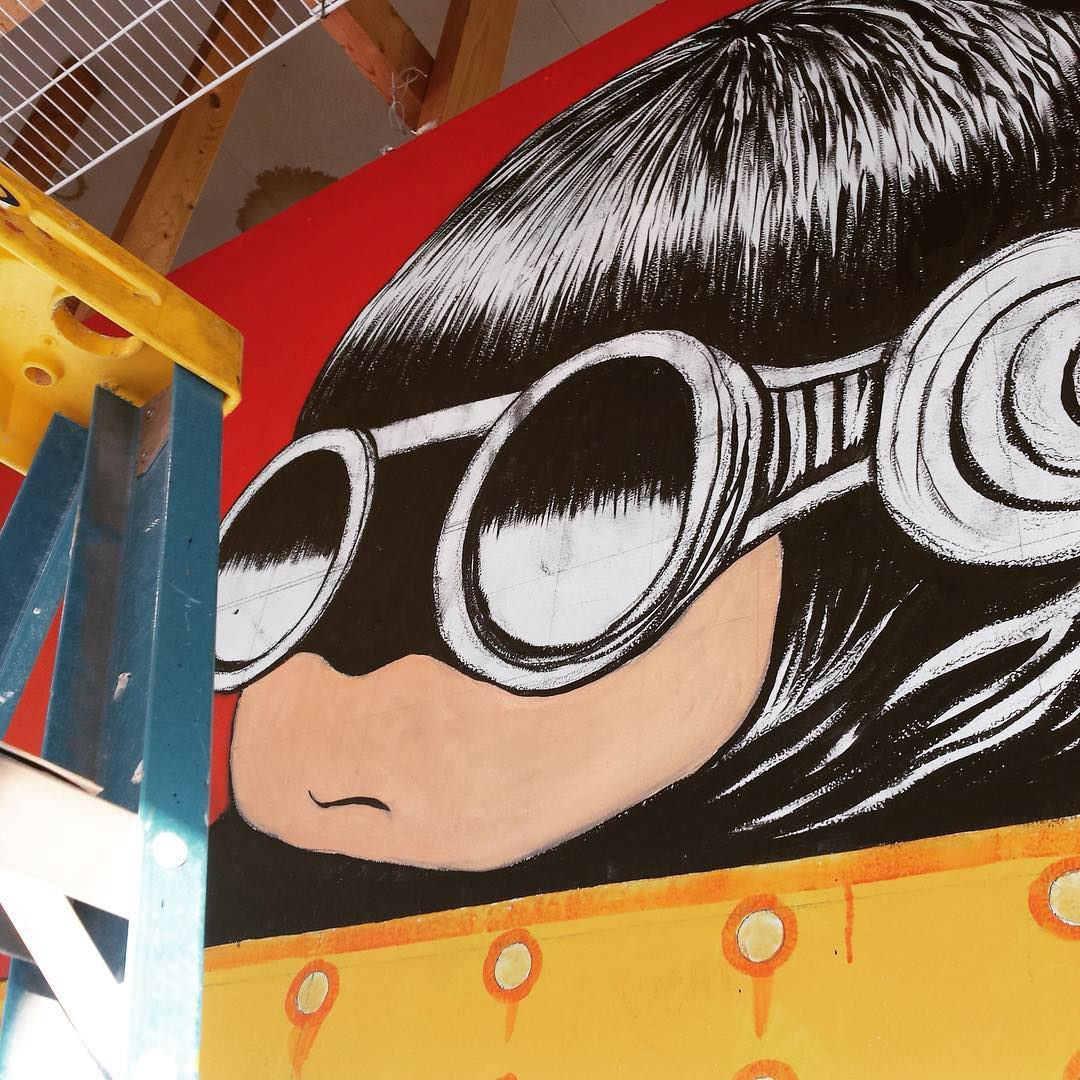 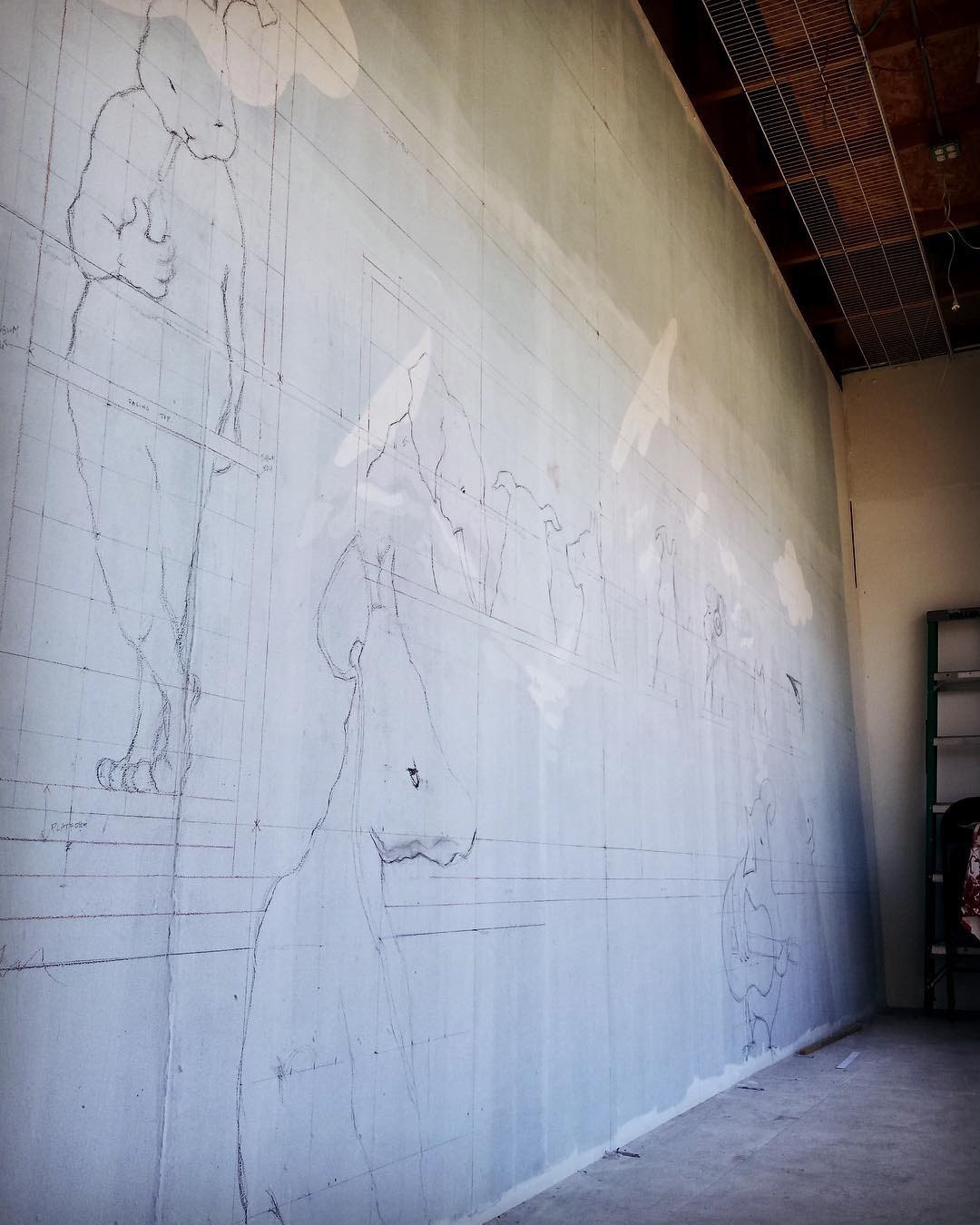 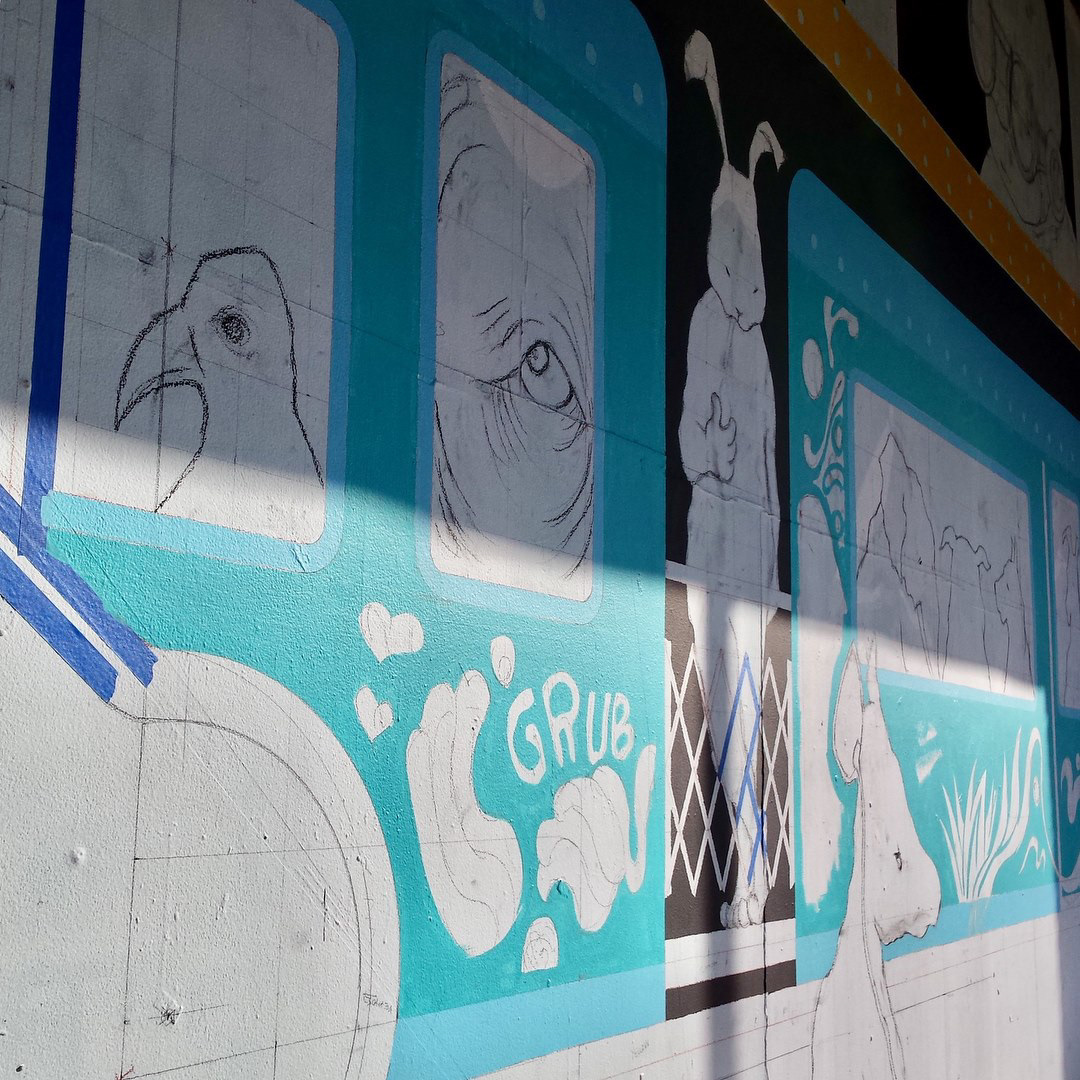 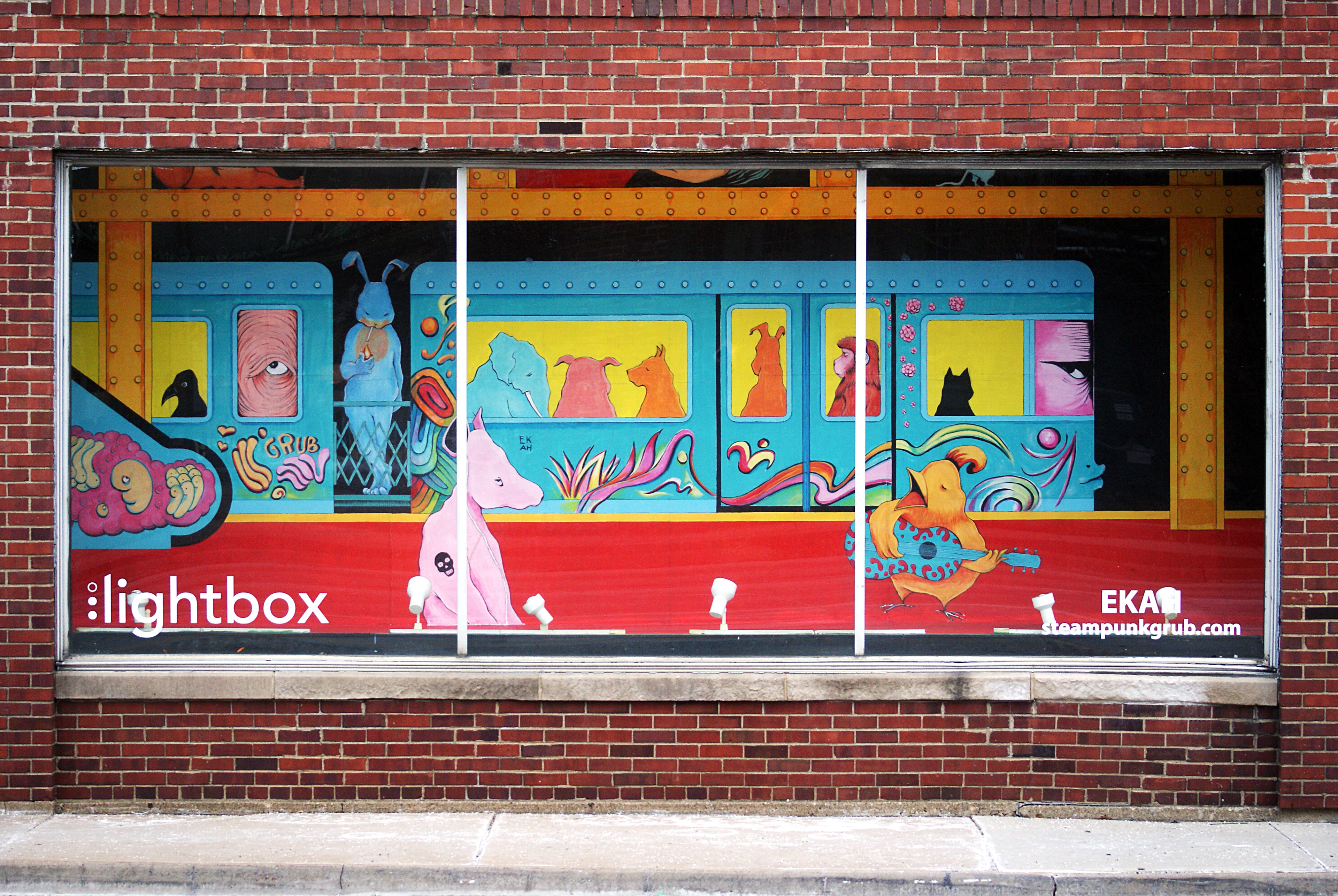 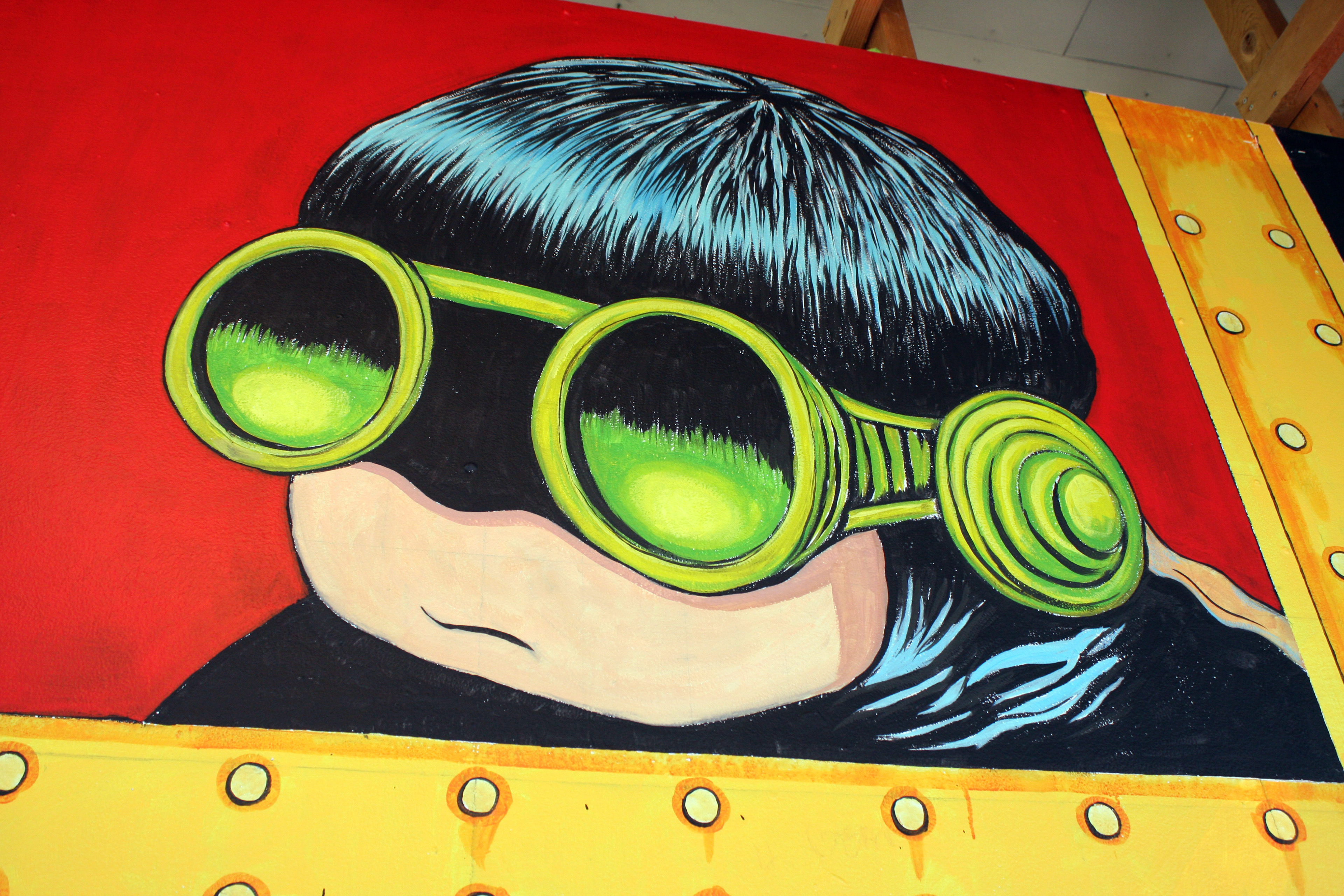 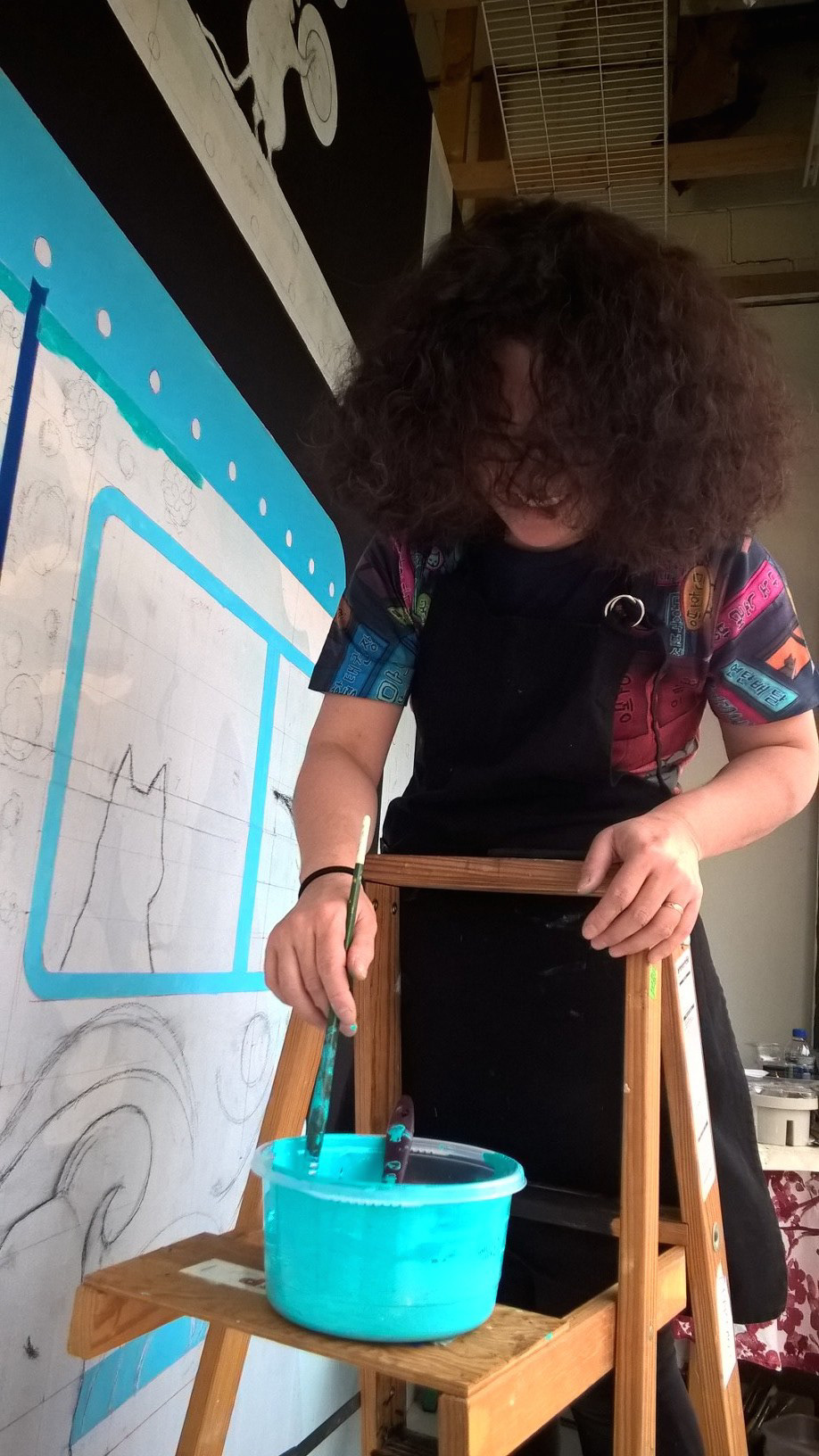 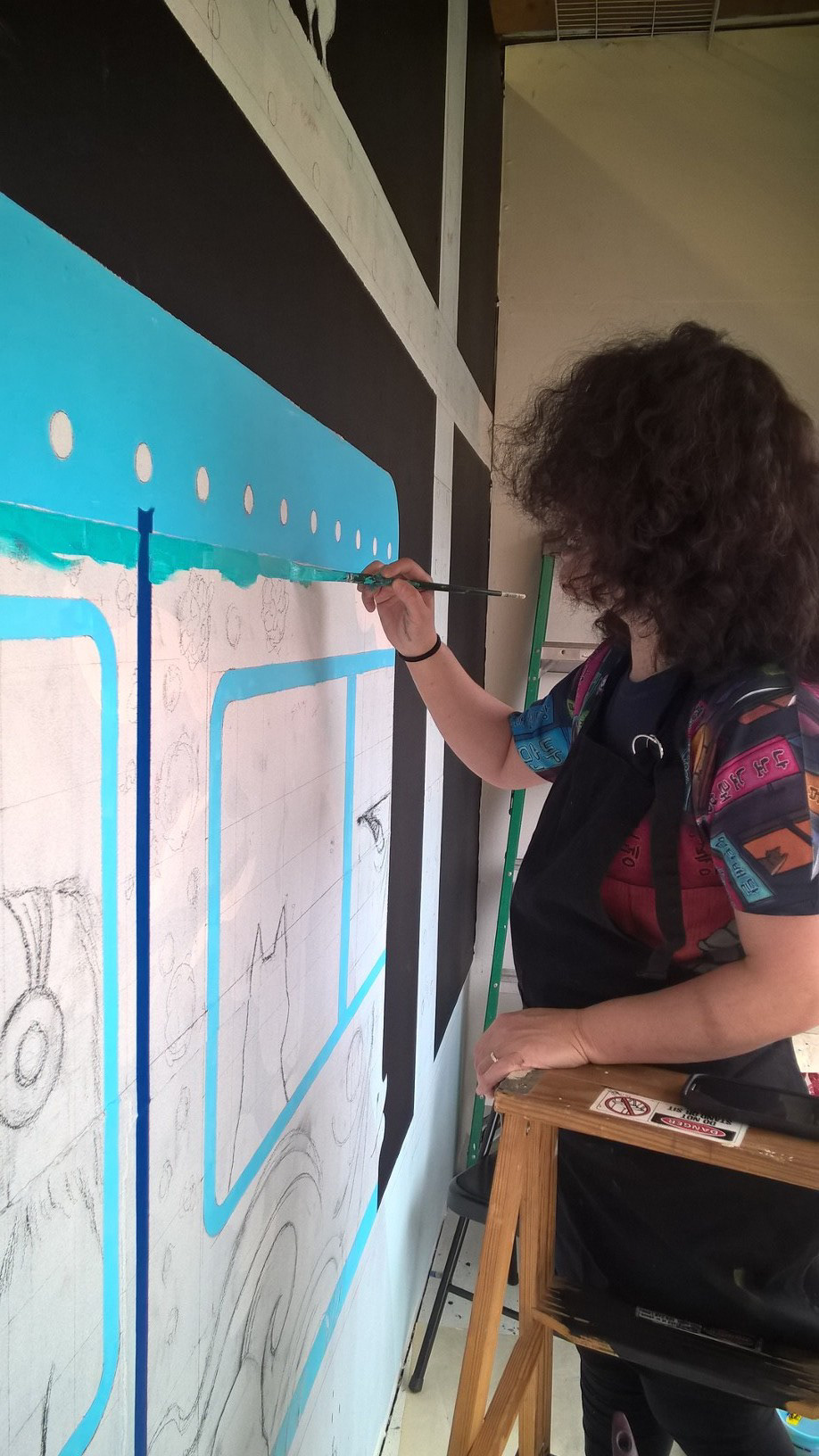 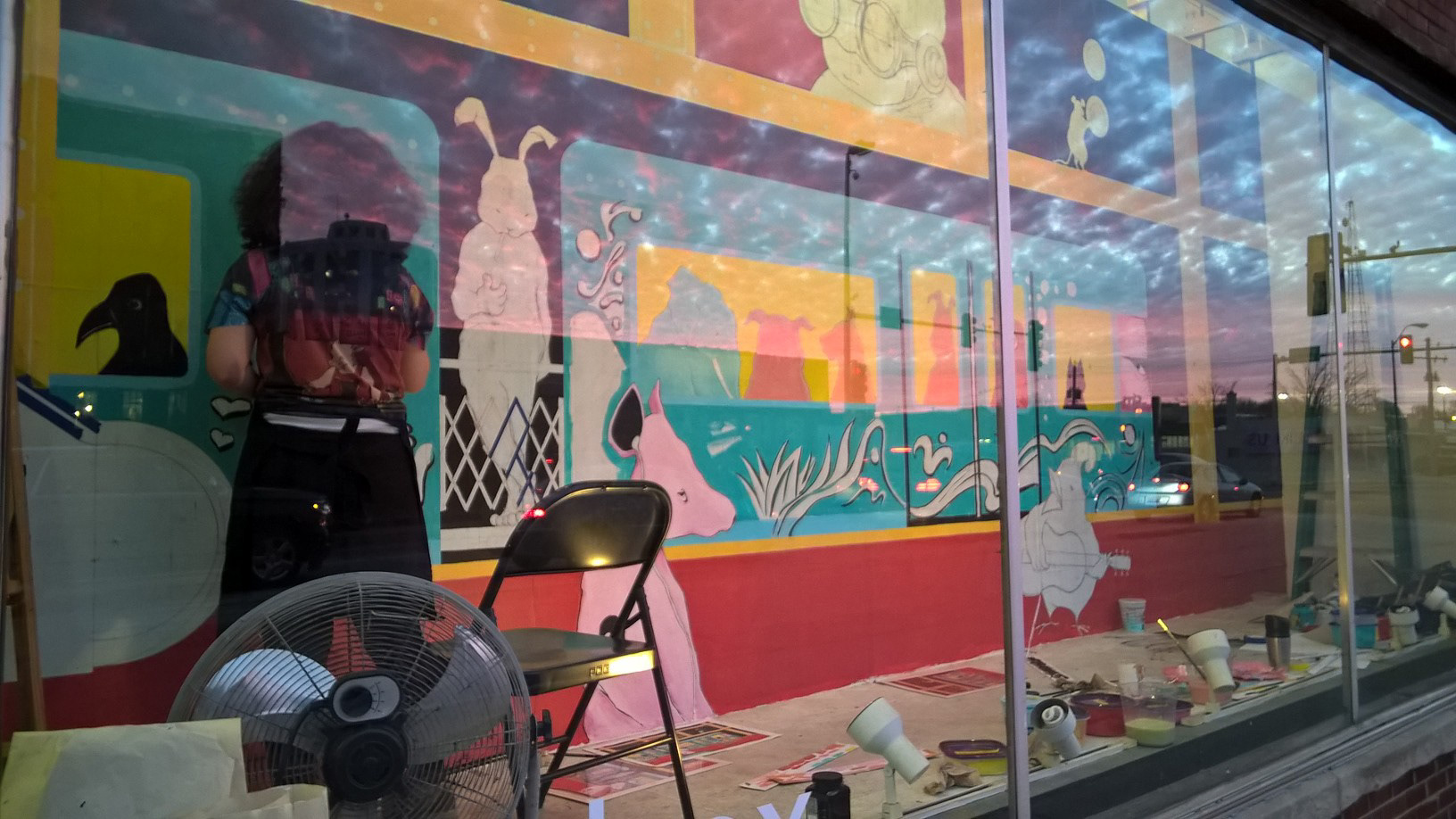 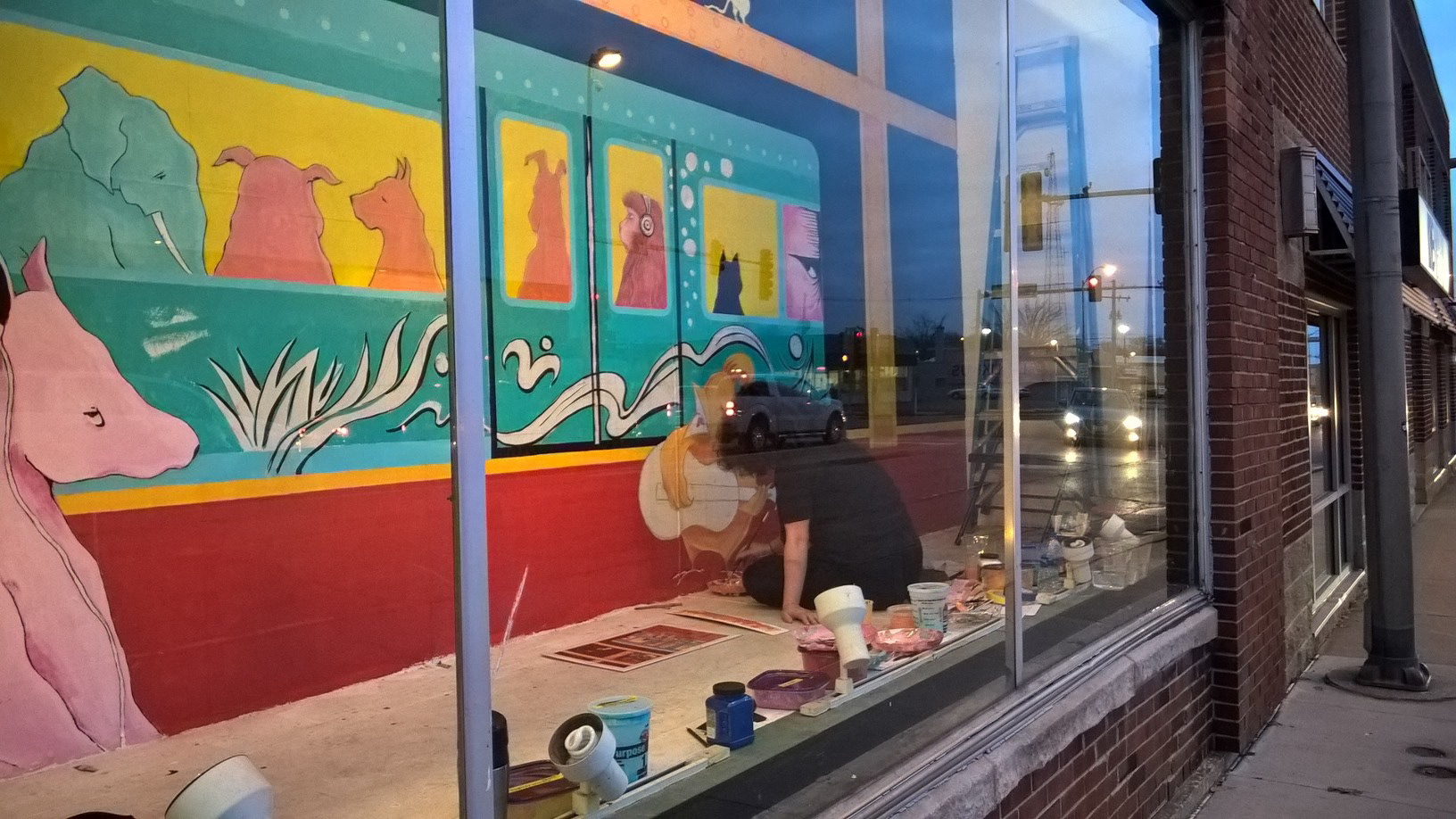